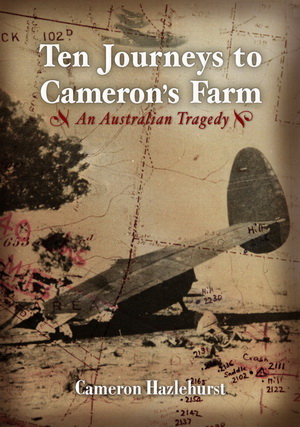 The crash of Hudson A16-97: An Australian tragedy

‘In the whole history of government in Australia, this was the most devastating tragedy.’

Three decades after what he called ‘a dreadful air crash, almost within sight of my windows’ Robert Menzies wrote ‘I shall never forget that terrible hour; I felt that for me the end of the world had come’

The inquiries into the accident, and the aftermath for the Air Force, government, and bereaved families are examined. Controversial allegations are probed: did the pilot F/Lt Bob Hitchcock cause the crash or was the Minister for Air Jim Fairbairn at the controls?

The book is based on over 30 years research in official archives, private papers, and interviews with surviving RAAF officers, family, friends, and colleagues of the victims. Pre-war and early wartime RAAF organisation, recruitment, pilot training, and accident prevention and investigation are examined. Previously unexplored personal histories and policy conflicts in the higher echelons of the Service add rich incidental detail to a compelling story.

Click to go to the Co-Op Bookshop to order a printed copy.

1943 Lockheed Hudson A16-32 of 1 OTU RAAFwent missing over Bass Strait on 6 July 1943. The aircraft took off from East Sale at 1944 hours to carry out practice D.R. 9. This practice was a night navigation exercise from Base - Flinders - Currie - Hogan Group - Base. The aircraft was on wireless silence and failed to return. The maximum endurance of the aircraft was 7 hours. The aircraft failed to return and all searches proved negative. The crew were listed as missing. They included PLTOFF John James Bowman Serv#410622 (pilot), PLTOFF Alan Joseph Malone Serv#426128 (Nav B), PLTOFF Harry Robert Alfred Guymer Serv#418943(WAG), PLTOFF Alexander Frederick McDonald (Serv3418863 WAG), and PLTOFF John Alexander Buchanan Serv#419453 (air gunner). Sources: ADF-Serials; aviation-safety.net website