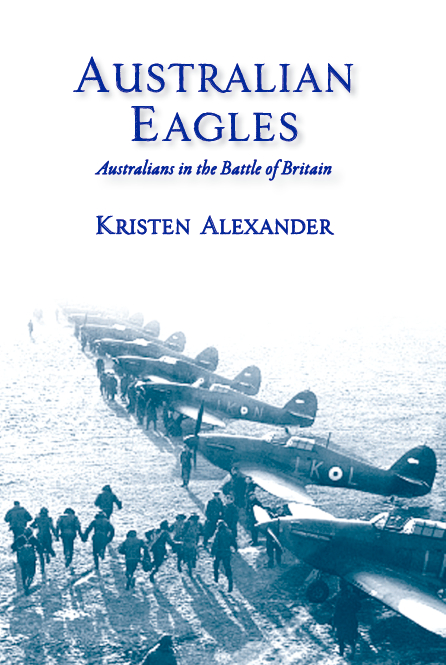 Australian pilots in the Battle of Britain

“Australian Eagles” tells the stories of five Australian pilots and one adopted Australian who successfully defended Britain against the Luftwaffe onslaught. They rank among the nearly 3,000 men known as The Few. Heroes all who faced death daily;

Jack Kennedy of Sydney (Spitfire and Hurricane pilot of 238 Squadron)

John Crossman of Newcastle (Hurricane pilot of 46 Squadron), and

Three of the Australian Eagles were trained by the RAAF at Point Cook. One escaped death three times, one lost his leg, and four died.

Kristen Alexander vividly describes their training, combat and victories. She sensitively explores the impact of their achievements and loss on those who loved them. She also covers how they are remembered, more than 70 years after their great aerial battles.