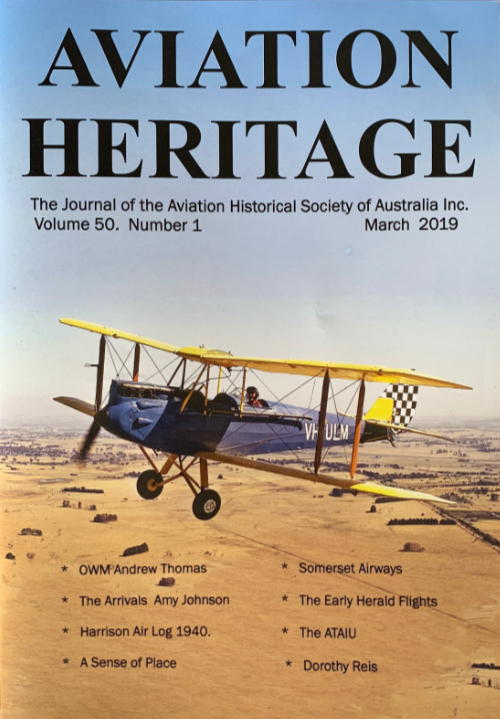 The latest quarterly edition (March 2019) of the AHSA journal – Aviation Heritage – has recently been posted to members. The full contents are listed below:

4 Memorial: Fountaindale, NSW by Neil Follett: Memorial at Fountaindale, NSW, to RAAF aviator P/O R.J. Ohlmeyer of Claire, SA who died on 23/11/1939 when his parachute failed to open after he jumped from Hawker Demon A1-62.

14 A Sense of Place by Neil Follett: Details of the memorial at the Launceston Church Grammar School’s library to the Brock brothers, H.J. (Joe) and H.E. (Jim) who were former students and both killed in action during the Second World War

26 The Cooma Visit June 1928 by Denis Newton: The visit of Bill Lancaster and Jessie “Chubbie” Miller to Cooma in their Avro Avian “Red Rose” in June 1928.